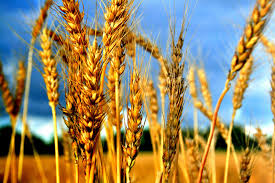 Shavuot, Ruth and the Jewish self

During the Festival of Shavuot we read one of the most moving Meguilot of the Writings of the Bible: Megillat Ruth. This is a short book, just 4 chapters. It tells the story of Ruth the Moabite, who, despite having lost her husband in a sudden death - with the usual immediate danger of impoverishment - decides to unconditionally and absolutely join the People of Israel. This is more significant if we take into consideration what was established by our Sages: Ruth was part of the royalty of Moab - the daughter of King Eglon[1].
When Ruth became widowed, Naomi, her mother (a widow as well) suggested that Ruth return to the protection of her family in Moab, because she, Naomi, could not support her financially. Ruth then pronounces one of the most moving and famous verses of our entire Bible. Speaking to her mother Ruth expressed in the clearest possible way the common destiny that linked her not only to her mother-in-law, but to the people of Israel as a whole. Ruth says:

'Do not urge me to leave you, to turn back from following you.

For where you go, I will go;

where you lodge, I will lodge;

your people shall be my people,

and your God, my God;

where you die I will die, and there I will be buried.

Thus may God do to me, and so may He do more,

if anything but death separates me from you." [2]

Ruth's statement is clear: she gives up the comforts of her family - the Moabite nobility, accepting a life without guarantees of a secure future - and rejecting, thus, an easy life of luxury that also included the idolatry of her family origin. Ruth's joining Naomi is seen by the Rabbis, in different texts, as the process of the full conversion that Ruth underwent - Ruth's total acceptance of Judaism.[3]

Through analyzing the biblical text, a question becomes apparent: What exactly did Ruth commit to - a commitment which made her the first known convert to Judaism through a clear formula of acceptance?

Ruth talks about three levels of acceptance and commitment:

* The most important one: the adoption and entry into the Jewish people as her own, even without being born into their ranks: "Your people shall be my people." Being Jewish is to adhere to the Jewish people both in their National being and their ways of life.

* The commitment to the destiny of the Jewish people, regardless of their troubles or the dangers that could haunt them: "... For where you go, I will go; where you lodge, I will lodge... where you die I will die, and there I will be buried. Thus may God do to me, and so may He do more, if anything but death separates me from you" - something we have experienced throughout our history as a people with countless tragedies.

* The commitment to the faith and the principles of the Jewish people, "your God, my God" - the acceptance of the richness of Judaism as her North, her integrity, and her deepest self.

Ruth gives us the fullest expression of what it means to develop and join the Jewish people in the color and the warmth of her shaking and stirring words. This is not only an issue of faith. Judaism includes a set of beliefs, values and ideals transformed into a complete way of life. Ruth tells us that being Jewish is to join a national destiny, even in dark and tough days, even in pain and sadness. Being a Jew is to accept the God of Israel as God, the land of Israel as our Homeland, the Jewish people and their destiny as our own. This selfless surrender, this incontestable will of being Jewish, was rewarded by God: Ruth, the converted, became the great-grandmother of David, the future King of Israel - and thus, the ancestor of the Messiah himself, who will emerge from the House of David.

Why do we read Megillat Ruth on Shavuot? The reason being that during Shavuot we celebrate the acceptance of Torah by our people (around 3 million[4]) at Mount Sinai[5], as Ruth herself adopted Judaism and made it hers with its many treasures - and consequences.[6]

May God inspire us to emulate Ruth's example,
experiencing the excitement of being part of the Jewish people
in the true acceptance of the ideals of our ancient heritage,
and the infinite wealth of our teachings.

May we incorporate Torah as a guide for our actions and our behavior and our deepest beliefs, to make a better world - to mend this world.

[1]The Rabbis stated that Ruth was Orpah's sister, as well as her sister-in-law, and both were the daughters of King Eglon of Moab - Ruth Rabbah 2:9.

[5]The moment of Matan Torah, the giving of the Torah, was marked by a national conversion, accentuated by the acceptance of the mitzvot when the Children of Israel said, "We will do and we will listen" (Shemot -Exodus - XXIV, 7).

[6]In the Talmudic period several well-known rabbis and scholars were themselves converts, or descended from converts, and there have also been interesting examples of group conversion to Judaism, like the entire kingdom of the Khazars in the eighth century.

Rabbi Carlos Tapiero looks at Shavuot, Ruth and the Jewish self