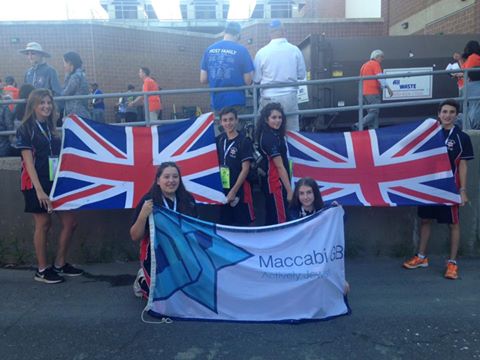 Team Maccabi GB joined the other Delegations from around the world to help kick off the JCC Maccabi Games 2016 Opening Ceremony.

Thousands of cheering, Jewish fans packed the Webster Bank Arena in Stamford, Connecticut, to welcome in the young competitors - aged 13-16-years-old - and their Management Teams. Maccabi GB received one of the loudest cheers of the night as the 66-person squad entered the stadium to rapturous applause.