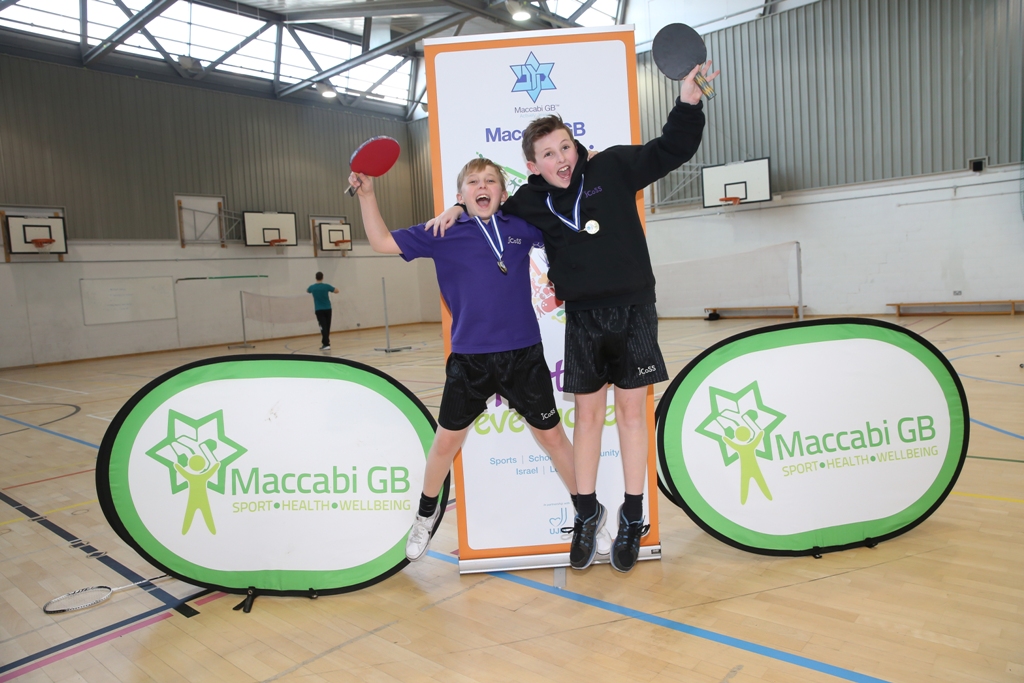 This week Maccabi GB hosted the latest Maccabi GB (MGB) and Jewish Chronicle (JC) School Sports Tournament with JCoSS coming away as standout sportsmen from the Secondary Schools Boys Badminton and Table Tennis competition. They won 5 of the 10 titles on offer. The event, at JFS, welcomed five schools who brought a total of 140 boys to compete.

The event was split into Year Groups with Years 7, 8, 9, 10 and Seniors all competing separately. Each team played in a league basis with the team gaining the most points being crowned champions.

In the Year 7 age category, Immanuel College A won the Badminton group with an impressive seven wins out of seven, whilst the Table Tennis section was won by Hasmonean A.

In the Year 8 age group the Badminton tournament was won by Immanuel College A looking strong all the way to their victory. JCoSS A claimed top spot in the Table Tennis.

The Year 9 groups were dominated by JCoSS A as they won both the Badminton and Table Tennis events.

The Year 10 Badminton was won by a talented JCoSS B team and they also stood strong to brush away the rest of the competition in the Table Tennis tournament.

In the Year 11 age group Hasmonean A won the Badminton with JFS A winning the medals in Table Tennis. 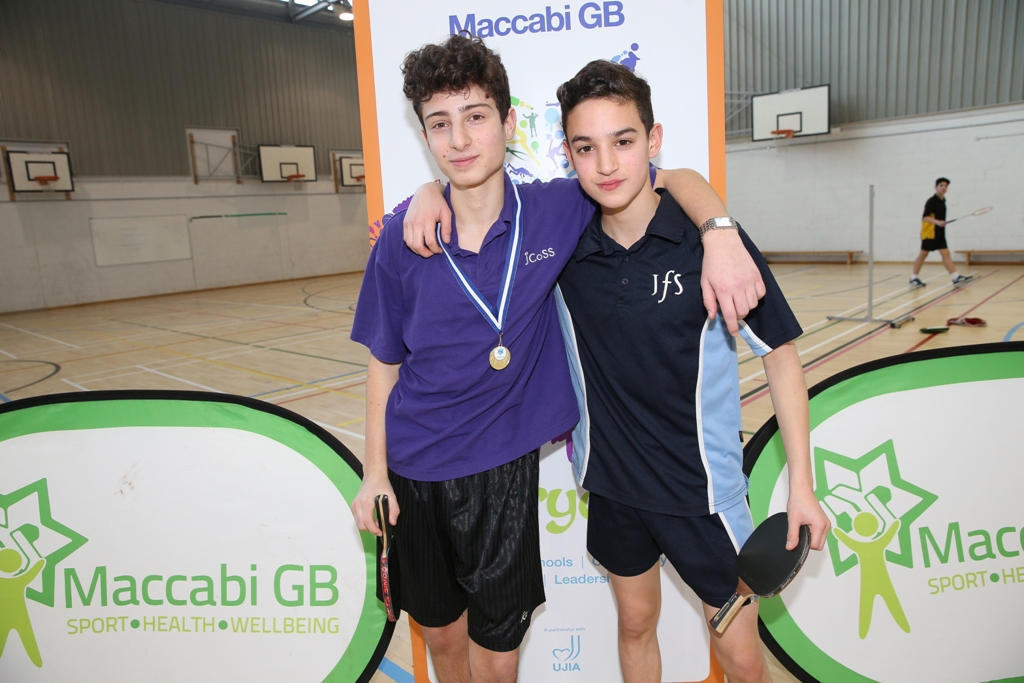 Jordan Sapler, Maccabi GB Sports Coordinator, spoke about the tournament, “We are extremely pleased about the success of this joint Badminton & Table Tennis Tournament. We all know that team sports usually get a lion’s share of the attention throughout most of the sporting calendar, but to have over 140 young athletes here today is testament to the variety of sportspeople which the Community produces – to a high level, also. It’s great to see Jewish boys of all ages competing alongside each other and we hope to see them all at the National Shul Table Tennis League (NSTTL), which includes a free Table Tennis Fun Zone, on the 28th February, followed by the Maccabi GB Community Badminton Day, the largest Jewish Badminton Tournament in the UK, on 10th April.”

SEE ALL THE PHOTOS FROM THE EVENT IN OUR PHOTO GALLERY

Maccabi GB runs weekly sports clubs in both Badminton and Table Tennis. For more information about these clubs please visit our website www.maccabigb.org/sports-directory