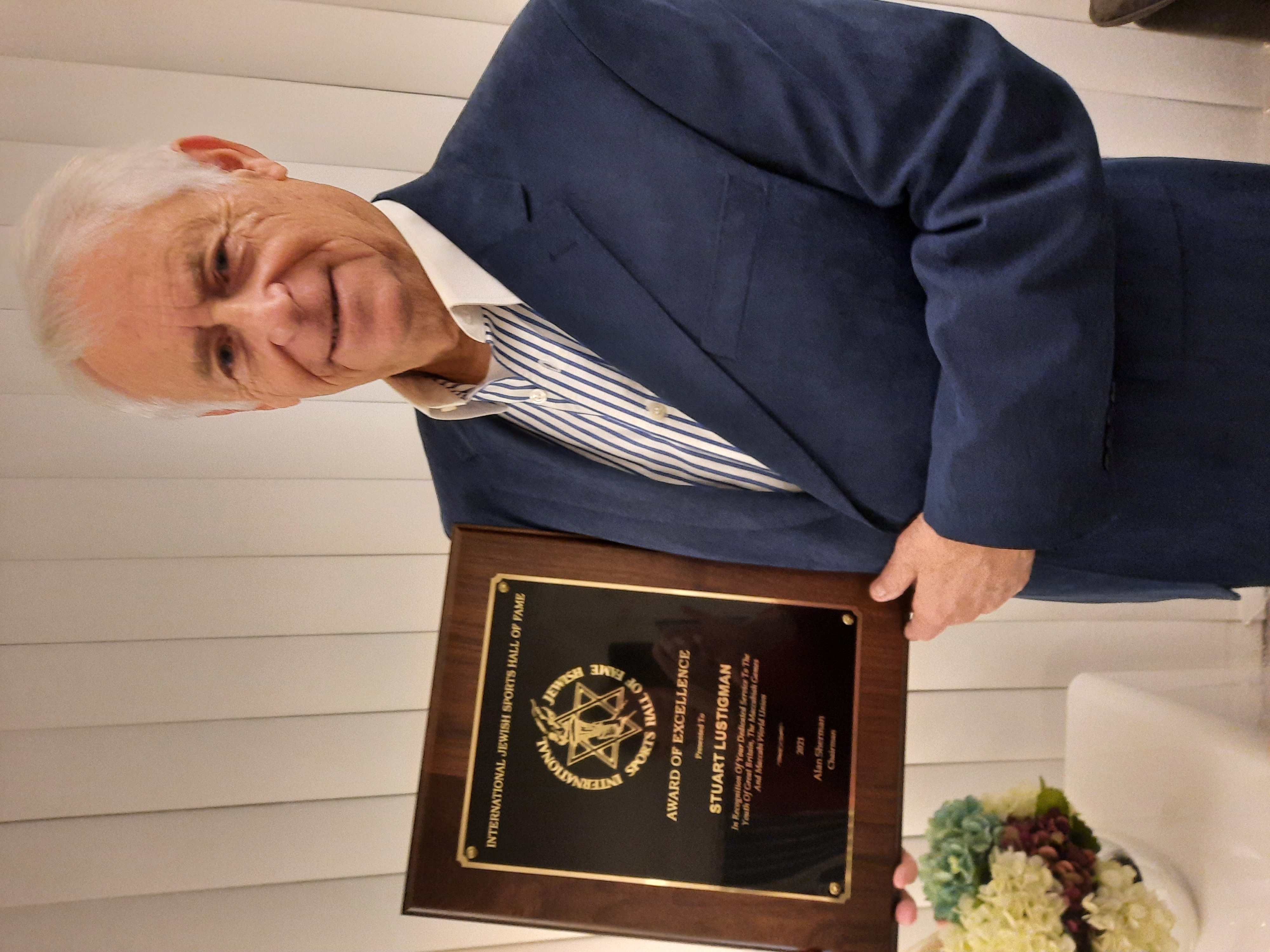 The award is in recognition of his 50 years involved with the worldwide Maccabi Movement. Starting in the Maccabi GB Southern Football League in 1968 Stuart went on to become Chairman of Maccabi GB, the European Maccabi Confederation and Vice-Chairman of Maccabi World Union. During that time and beyond Stuart has also participated in many events and programmes including eight Maccabiot.

Stuart commented, “The award came as a complete surprise and I am most grateful to those who nominated me. It is a huge honour to receive this award and even more so that I join such illustrious company as those who were previously inducted into the International Jewish Sports Hall of Fame. I've been associated with the Maccabi Movement for over 50 years and have made so many friends from around the globe. To receive an award for doing something that has been so enjoyable and rewarding makes it all the more amazing. However, this award is not an end of my activities and I hope to continue my involvement in the future.”

Maccabi GB Chairman David Pinnick commented, “On behalf of Maccabi GB I would like to wish Stuart a well-deserved ‘mazeltov’. Stuart has been an integral part of Maccabi GB over so many years and also served the Movement worldwide in a variety of roles. I am delighted that his contribution and dedication to our organisation has been recognised in such a fitting way by the International Jewish Sports Hall of Fame. ”

Only three other individuals from Maccabi in Great Britain have been honoured by the International Jewish Sports Hall of Fame, each of them architects of the Maccabi Movement in their day; the late Pierre Gildesgame (Elected Member, 1985), Fred Worms OBE (Lifetime Achievement Award, 1999) and Ken Gradon (Elected Member, 2000).

The Chairman's Award of Excellence is presented periodically in recognition of special accomplishments in the world of sports and physical education. The award has only been presented seven times and Stuart is the first recipient from Great Britain to receive the award.

Maccabi GB Vice President Stuart Lustigman received the Chairman’s Award of Excellence from the International Jewish Sports Hall of Fame, based at the Wingate Institute in Netanya, Israel.