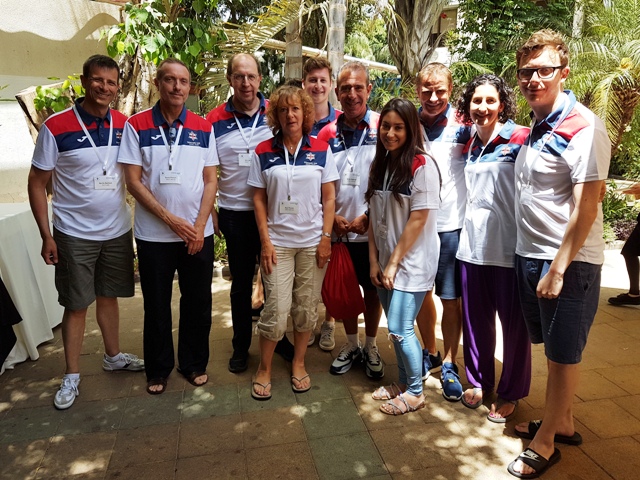 The first two days of the Plenum saw the Maccabi GB professional employees join their employed counterparts from across the Maccabi world including Maccabi USA, Canada, South Africa and representatives from South America, in a Professionals – CEO Meetings.  An ongoing initiative of collaboration and sharing of best practice, the Maccabi professionals spent the seminar looking at areas such as marketing and PR, the Maccabiah and a new Junior World Maccabi Games initiative earmarked for 2018.

Highlights of the Plenum included a key note speech on the BDS from Professor Yossi Shain, the festive opening at Mayumana House and the unveiling of the new ‘Tree of Peace’ statue in the grounds of the Kfar Maccabiah.

The Plenum concluded with two days of meetings and site visits in preparation of the 20th Maccabiah Games in 2017.  David Pinnick, who in addition to his role at Maccabi GB is also Chairman of the Junior Maccabiah Games for Maccabi World Union, and was amongst the dignitaries from the Maccabi world who made a presentation to the Mayor of Haifa.

Read what happened during the Future Leaders Forum

One of the biggest international meetings of the year took place over the last few days, with many important Maccabi GB representatives present. Find out more