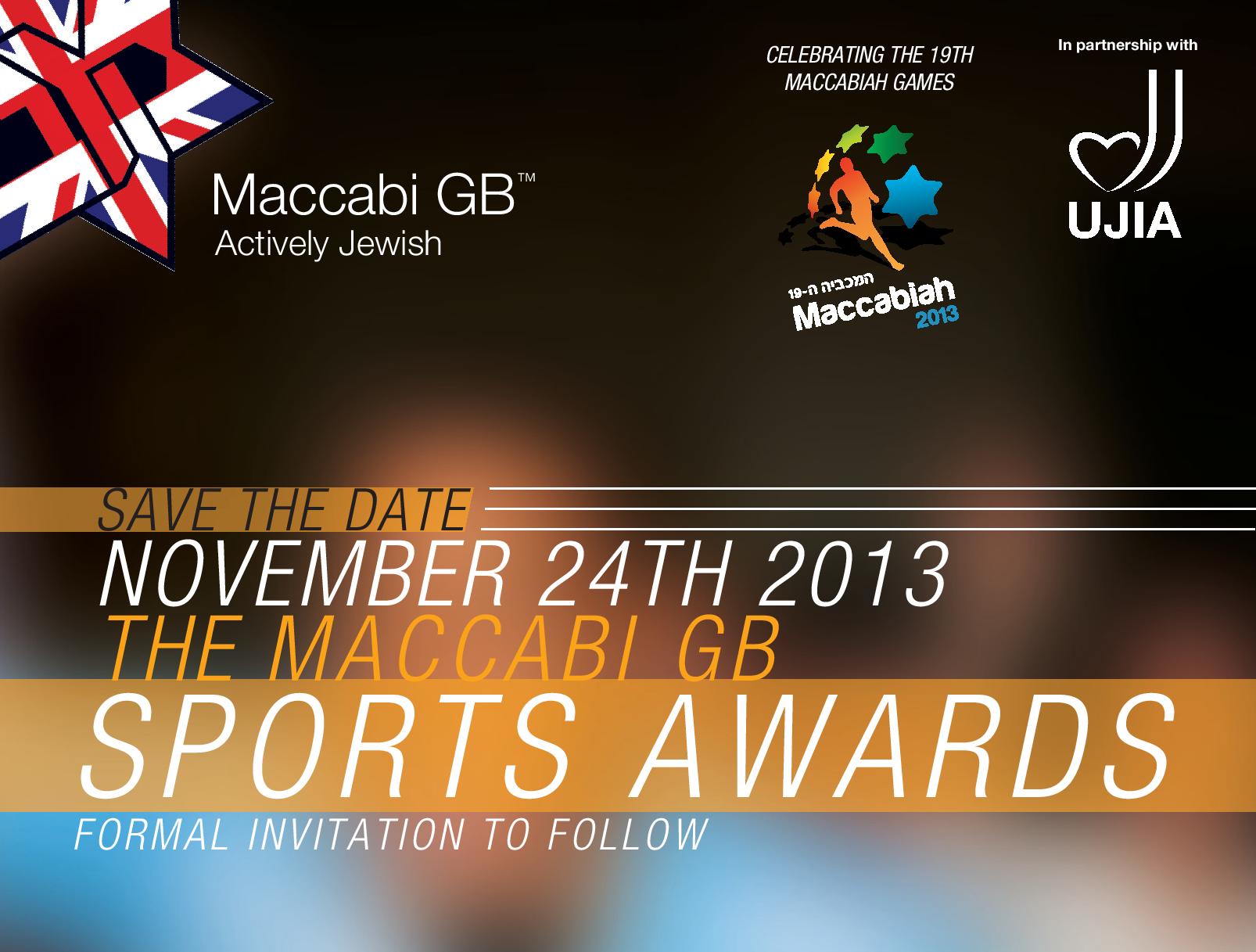 Maccabi GB, in partnership with UJIA, is delighted to announce the final Nominees for the Maccabi GB Sports Awards 2013, sponsored by the Pierre Gildesgame Memorial Fund.

There is a selection of high calibre athletes for the John Dymant Senior Sportsperson of the Year Award, including footballer, Dean Furman, who represented  South Africa at the 2013 African Cup of Nations earlier in the year; and current Maccabi GB Futsal Manager and England Futsal International, Jon Kurrant, amongst others.

In a year where Maccabi GB returned successfully from the 19th Maccabiah Games with 31 medals, there is little surprise that many of Team GB’s representatives are prominent in the nominations. Triple-medal winner, Ellie Edwards, is present after her exploits on the Track in Israel, whilst young Squash player, Elise Lazarus, is also a Nominee in the Sam Bulka Junior Sportsperson of the Year Award category.

Team GB dominate the UJIA Team of the Year Award nominations with Junior U16 Boys Football, Junior U16 Girls Netball and the Junior Rugby Team all looking to take home the award.

A full list of nominees can be found below:

UJIA Team of the Year Award

The awards listed above will be chosen by a select panel of judges. The CST Young Leader of the Year Award, Fred Worms Outstanding Contribution to the Community Award, the Richard Urban Lifetime Achievement Award and the Ken Gradon Award round off the prizes.

Further information will be given about the Nominees at a later date with the winners being announced on the Awards Night on the 24th November.