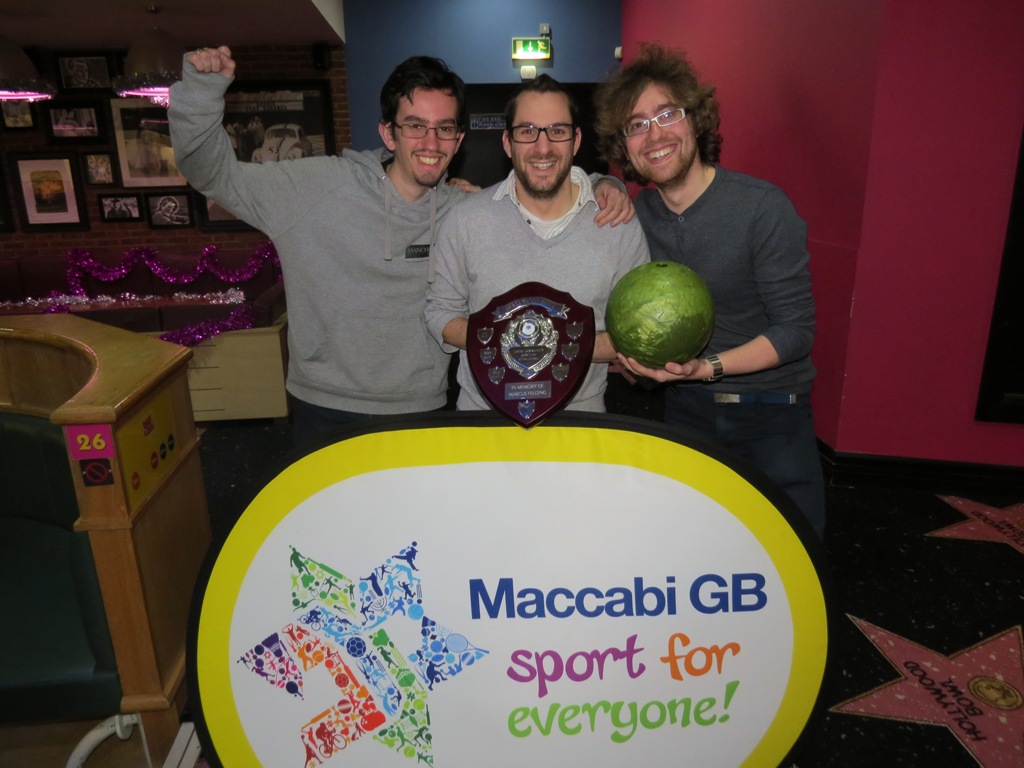 The charity beat nine other teams to claim the title of ‘Lord of the Lanes’ for the first time since the competition began. However, the real impact of the event was the number of charity workers who donned their bowling shoes, with over 120 participating at Hollywood Bowl, Finchley.

Speaking about the Inter-charity Bowling Tournament, Maccabi GB’s Event Co-ordinator, Valerie Parnes, said, “Since the introduction of the Sport, Health and Wellbeing Programme [in September 2014] one of Maccabi GB’s objectives is to work closely with as many Jewish charities as possible. This event was a great opportunity for the staff of the different communal organisations to come together and network in a relaxed environment. It’s also nice to see bowlers of all ages and abilities come together and get involved in some exercise which is actually lots of fun to do.”

Special thanks must go to all the charities who took part including All Aboard, CST, Jewish Care, JLGB, JNF UK, Reform Judaism, Nightgale and Seed (pictured above).

See all the photos from the event in our PHOTO GALLERY

As one of the most fun and engaging MGB events comes to a close, one charity wins it for the first time ever!