This number was raised by the 2,000 runners (who took part in one of five race distances - the 10km, 5km, 5km Walk, 1km and Tri-Run) for the 48 record-breaking Jewish charities, all present at Allianz Park on Sunday 14th June 2015.

Jennifer Thake from Aims2Cure spoke about her charity’s involvement in the event, “Aims2Cure had the most fantastic experience at the Maccabi GB Community Fun Run, we were overwhelmed! We were so lucky to have over 133 runners take part for us and our fundraising went through the roof thanks to this day. As a Jewish organisation we are so proud to be part of such an amazing, amazing event. It really was a wonderful sight to see thousands of runners all begin their races and to see how satisfied they were to finish. The amount of young people who came along to raise money for all the charities was inspiring. We have had emails from participants and spectators saying how much they enjoyed the day and that they want to do it again next year! Everyone at Maccabi GB was been so helpful, right from the start, and we were impressed with the organisation and smooth running of the whole event.”

Spencer Gelding, Chief Executive of Beit Halochem, added, “In my opinion, the Maccabi GB Community Fun Run is the best Community event of the year.” 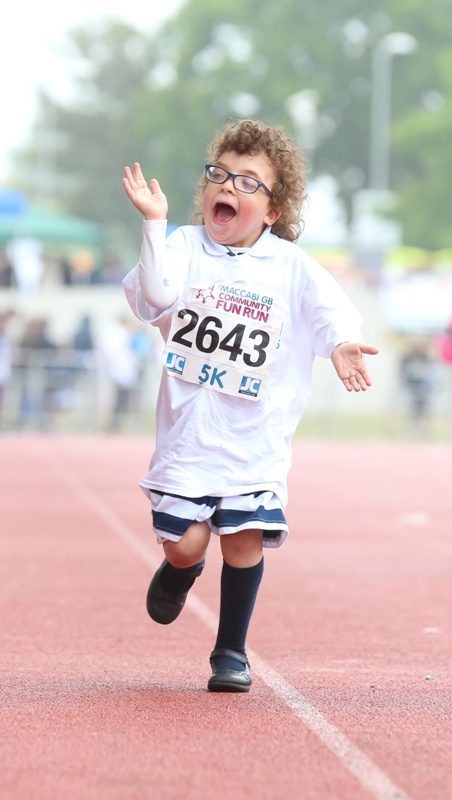 Speaking about the final fundraising figure Maccabi GB’s Emma Nagli, who oversaw the event, said, “This is an incredible day for the 48 Jewish charities, and for the Community as a whole. We are absolutely delighted that we can host an event which helps raise funds for so many wonderful causes and, at the same time, brings Jewish people together to take part in a bit of exercise, no matter which distance they participated in. All the runners, spectators, charities, sponsors, volunteers, exhibitors and staff should be incredibly proud that they have made a difference and given tzedakah in a big way!” 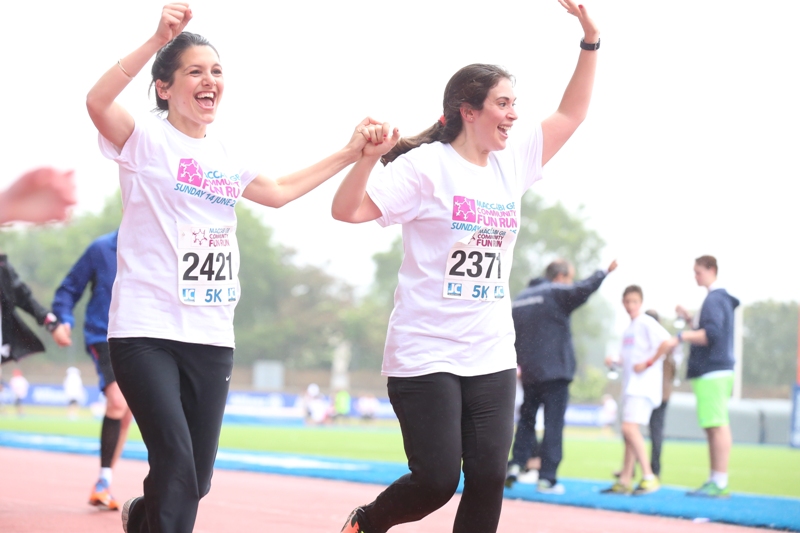 Since its launch in 2007 the Maccabi GB Community Fun Run has raised over £1,000,000 for a broad range of Jewish charities. Next year’s event has already been announced for Sunday 19th June 2016. It will be a landmark occasion, marking the Community Fun Run’s 10th year as well as being the first ever Maccabi Worldwide Community Fun Run, involving a number of Maccabi Delegations from around the globe.

All photos can be viewed in the Maccabi GB Photo Gallery.

The figures have been counted, the numbers are in and YOU helped to raise hundreds of thousands of pounds for fantastic communal causes