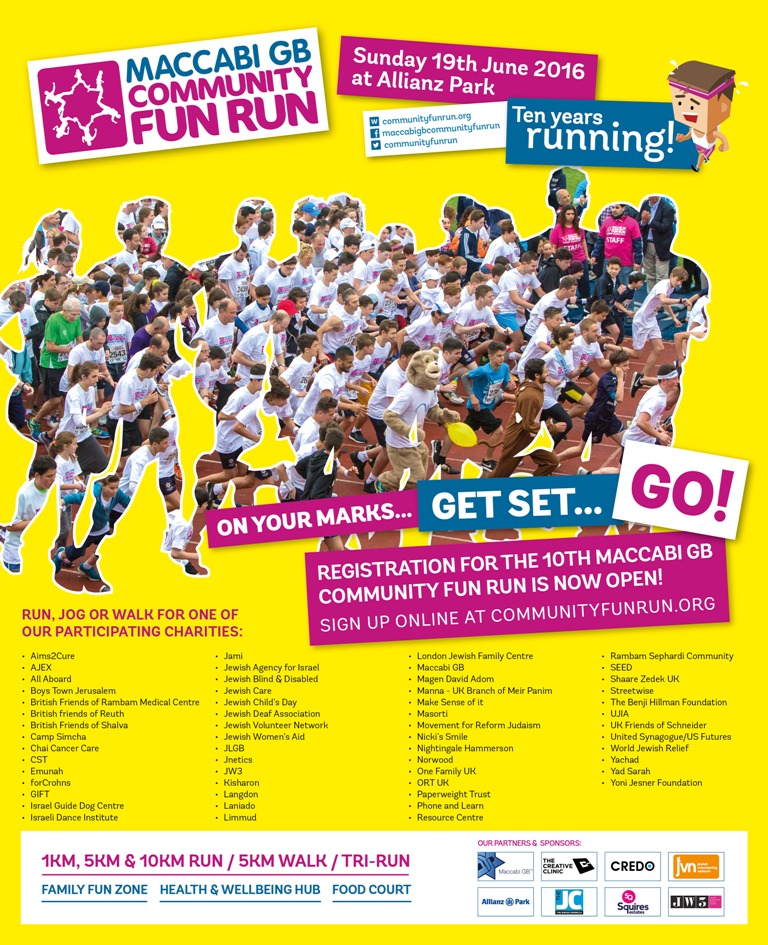 It is with great excitement and anticipation that we officially open registration for the Maccabi GB Community Fun Run 2016.

The event will be on Sunday 19th June 2016 at Allianz Park Sports Stadium for the third consecutive year and celebrates its 10th Anniversary.

'The largest, Jewish sporting fundraiser in the UK' has already announced a record-breaking number of charities will be involved this year and the number of participants is already forecast to smash the 2,000 runners, joggers and walkers from last year's MGB CFR.

As usual, there will be plenty to on the day, including: