The Community unites on Yom HaShoah, lighting Yellow Candles to remember and honour those who perished in the Holocaust 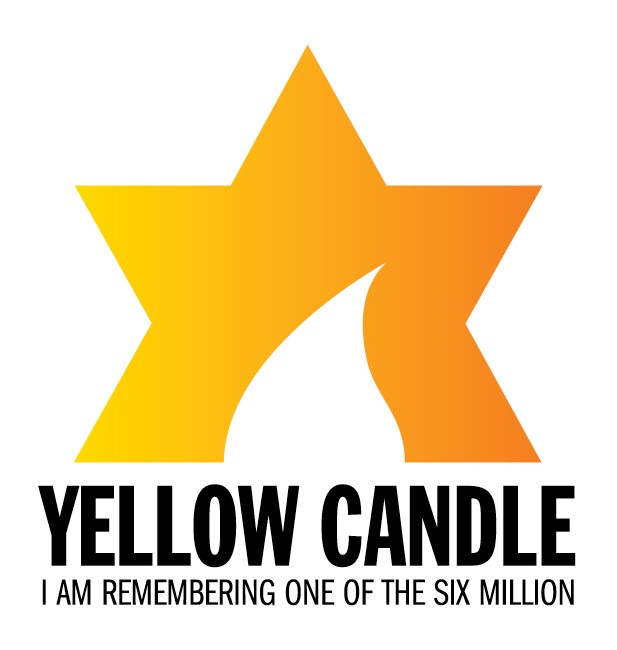 The Community joined together on Yom HaShoah - the annual day of Holocaust remembrance in the Jewish calendar - as tens of thousands of Yellow Candles were lit to commemorate the lives of those we have lost.

The Yellow Candle Project, co-ordinated by Maccabi GB, saw Yellow Candles lit across the UK and as far afield as Spain, Dubai, Bahrain, Sweden, Gibraltar, the Netherlands and the United States of America.

Every year, Maccabi GB distributes yellow memorial candles across the Jewish community and beyond in advance of Yom HaShoah. Each Yellow Candle comes with an individual information card, including the name, hometown, as well as place of death and age of a Jewish person who perished during the Holocaust.

The initiative gives individuals and families the opportunity to take part in a personal and moving act of Holocaust remembrance, with Yellow Candle educational resources enabling children and young people to learn about the horrors of the Shoah in a powerful and age-appropriate way.

Spreading the light of remembrance across the UK and the world

With the disruption caused by the pandemic, resulting in lockdown, school closures and restrictions, Maccabi GB had to continually review its distribution plan and find a way to ensure the Yellow Candle project could still happen this year. Support from Genesis Philanthropy Group (GPG) made it possible for Maccabi GB to deliver Yellow Candles directly to homes, by subsidising the cost of the postage and packaging.

In this way, Maccabi GB was able to ensure that everyone who would like to take part could receive a Yellow Candle in 2021. In addition, Schools and Communal Organisations purchased and distributed candles to their communities. In addition, support from ‘We are All Making a Difference’ enabled residents from 24 Jewish residential care homes across the UK to take part.

GPG also supported the launch of the Yellow Candle project in Spain, in partnership with Maccabi Spain. As a result, 2,000 candles were distributed to 16 communities across the country.

For the first time ever, Yellow Candles were sent to Dubai and Bahrain and were lit at a virtual Holocaust remembrance ceremony hosted by the Association of Gulf Jewish communities and by the House of Ten Commandments.

The impact of Yellow Candles online

Yom HaShoah UK National Commemoration Ceremony online featured a Communal Yellow Candle Lighting, which saw Chief Rabbi Ephraim Mirvis, Chief Rabbi of the United Hebrew Congregations of the Commonwealth and Sharon Bar-Li, Deputy Ambassador of Israel to the Court of St James light their Yellow Candles, in unison with 250 members of the community and leading dignitaries, before calling on thousands of online viewers to do the same at home.

#Yellow Candle trended first on Twitter with over 30,000 impressions, with people from around the world posting photos of their lit Yellow Candle on social media.  Leading figures in politics and entertainment including Leader of the Opposition Sir Keir Starmer, Lord John Mann, Rachel Riley, Nicola Mendelsohn, Matt Lucas, Ambassadors from the Czech Republic, Germany, Russia, United States of America and many more posted photos of their lit Yellow Candles.

Yellow Candle 2021 would not have been possible without the tireless work of the Yellow Candle Committee and the generous support of Genesis Philanthropy Group, the Betty Messenger Charitable Foundation, the Charles Wolfson Charitable Trust, We Are All Making A Difference Charity and hundreds of other individual donors.

Ashley Lerner, CEO of Maccabi GB, said: “Through the Yellow Candle initiative, we are honoured to play our part in the commemoration of Yom HaShoah, both in the UK and internationally. The lighting of thousands of Yellow Candles sends a powerful message – we must never forget the Holocaust and we will pass on the torch of remembrance to future generations as a vital stand against antisemitism and all forms of hatred”.

Marina Yudborovsky, CEO of Genesis Philanthropy Group, added: “Remembrance of the Shoah is a vital reminder of where toxic ideologies, hatred and intolerance can lead.  At GPG, we are committed to ensuring that future generations know about this dark part of our history andbecome actively engaged in Holocaust remembrance themselves. It is particularly heartening that during these challenging times so many chose to take part in remembering and honouring the lives lost during the Shoah.”.

Yellow Candle Co Committee Chair Samantha Cohen commented,” It is a testament to the power of the Yellow Candle initiative that even during these challenging times, tens of thousands of Yellow Candles have been distributed. For all of us involved, it is a privilege to play our part in ensuring that each victim of the Holocaust is remembered as an individual.”

Anyone who would like to participate in Yellow Candle 2022, can register their interest at www.yellowcandleuk.org/registration

The Community unites on Yom HaShoah, lighting Yellow Candles to remember and honour those who perished in the Holocaust