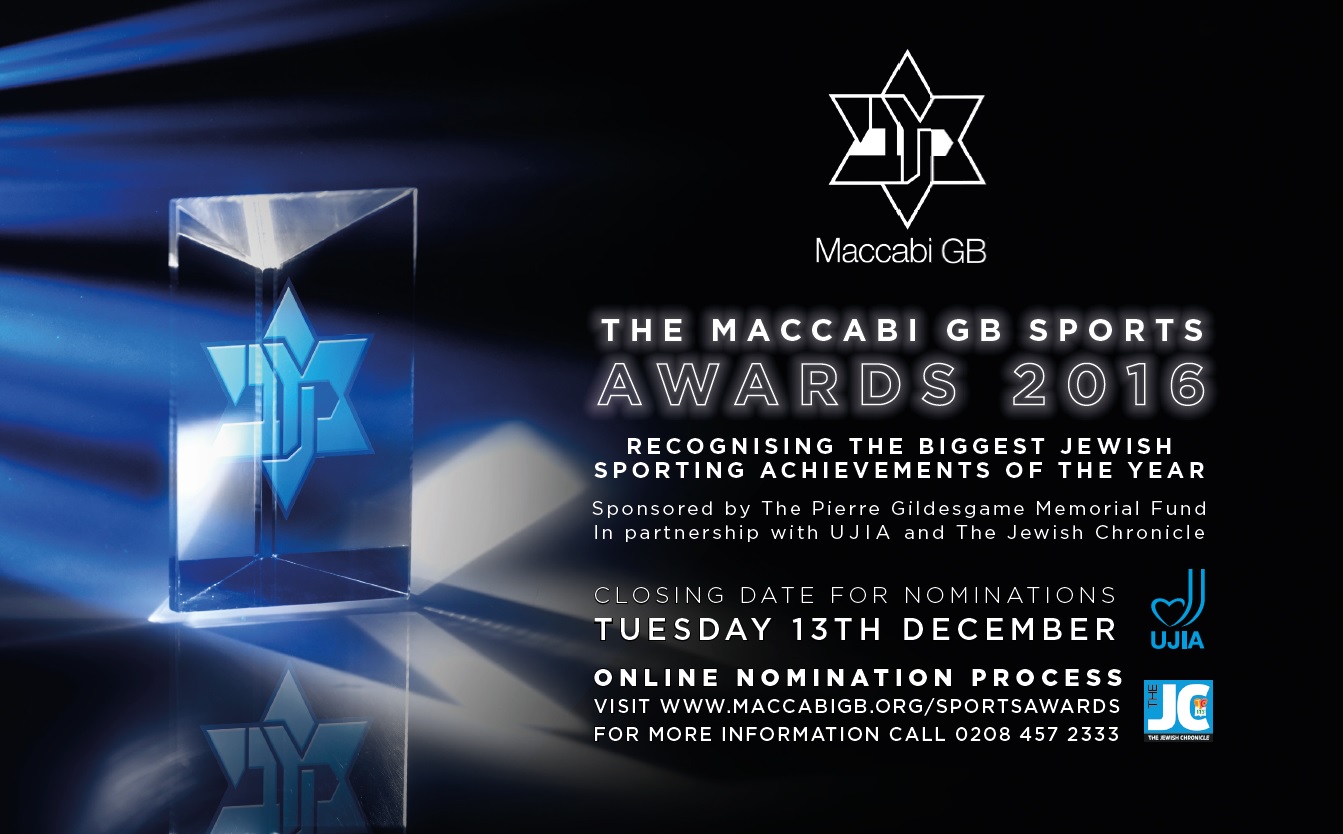 The process has begun to find the top Jewish athletes and teams in the UK as Maccabi GB – the Jewish Community’s sport, health & wellbeing organisation – has officially launched the prestigious Maccabi GB Sports Awards 2016, sponsored by the Pierre Gildesgame Memorial Fund and partnered by UJIA and the Jewish Chronicle.

The annual Awards will recognise the achievements of Anglo-Jewry’s best sportspeople from January to December of this year. Only those nominated by the general public will be in contention to win. This year’s MGB Sports Awards will see a number of major top honours up for grabs with the Sam Bulka Award looking to acknowledge the incredible achievements of Great Britain’s Delegation at the JCC Maccabi Games 2016 and the Susan Halter Elite Athlete Award given to the athlete deemed to be the best Jewish sportsperson in the UK.

As well as the Awards honouring the top National and Elite athletes, there is also an Award for the top Jewish Sporting School (The Jewish Chronicle School Sports Award of the Year) and an accolade focused around the Maccabi GB Community Fun Run, which will be awarded to a Charity or individual that went above and beyond to raise funds, awareness or inspire at this year’s event.

A full list of awards can be seen below:

The Jewish Chronicle School Sports Award of the Year

Online Nominations close on Tuesday 13th December with the winners decided from the shortlist of athletes/teams by a select judging panel. The winners will be announced in December.

Speaking about the Maccabi GB Sports Awards 2016 the organisation’s CEO, Martin Berliner said, “The Maccabi GB Sports Awards is the culmination of the Jewish Community’s sporting calendar. To recognise – and celebrate - the talent, commitment, dedication and achievements of all those involved in Jewish sport over the past year is incredibly important and Maccabi GB is proud to be central to this. It has been an amazing year for Jewish sportspeople – with the JCC Maccabi Games, the Olympic Games 2016 in Rio as well as the record-breaking Maccabi GB Community Fun Run and all the excellent athletes and teams competing week-in, week-out at all levels – so I have a feeling our judging panel are going to have a tough task choosing winners! We encourage everyone in the Community to get nominating as this is the only way to appear on the shortlists of Awards.”

Winners of this year’s Susan Halter Elite Athlete Award will follow in the footsteps of England Futsal international, Russell Goldstein, who won in 2015 and professional footballer, Dean Furman after he won the 2013 and 2014 editions.

For more information, please call 0208 457 2333 or visit www.maccabigb.org/sportsawards to nominate! 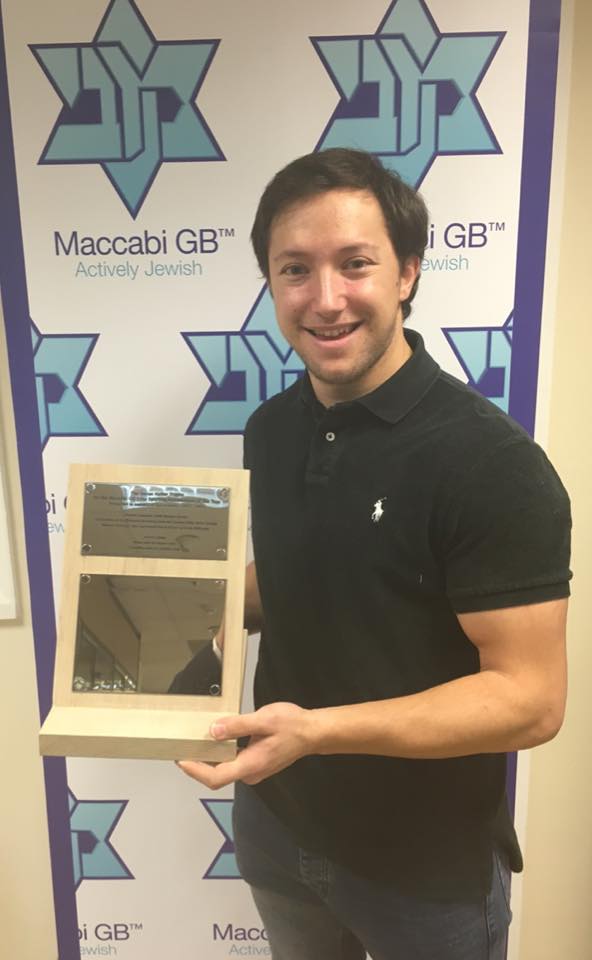 A number of to accolades are up for grabs as nominations officially open for members of the Community to put forward their sports stars.